Commands in the command palette are quite long. Mostly this results from the plugin-name being prepended to the command name. Especially annoying with commands from a plugin with a long name.

Display only the actual command name in the title. Put the plugin-name into a subtitle, maybe with a slightly smaller font and greyed out or something. (However, still keep the plugin name as matches for the search query, please.

This would be great! the plugin name inline with the command name is visually confusing.

I would also greatly appreciate this for one of my plugins.

That’s would be much visual and organic.

I tried it but someone pointed out that this makes the list more difficult to scan: 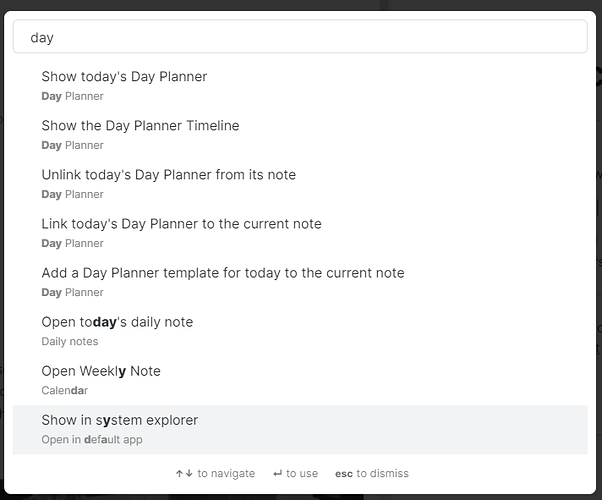 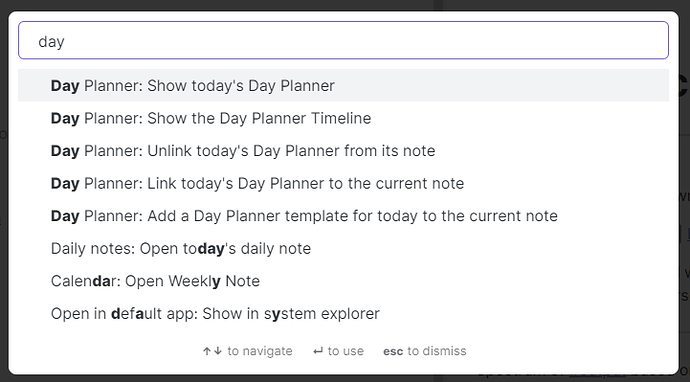 I think the best middle ground might be separating the title of the plugin into it’s own element to edit it with CSS (Recoloring/renaming/etc).

Hmm, to be honest, I find the first one better to scan. But that might be my personal preference, though

It might also be the emphasis of the search query in the hits that make it a bit harder to scan, as they move the focus of your eyes to that, even though it’s not totally necessary – As far as I can tell, most launcher apps do not bold the search query, for example.

Nevertheless, scannability is basically a CSS issue. Maybe indenting the subtitles or reducing the subtitle font size even further would make a difference? Or even an option to only show the subtitle on selection/hover?

It might be better to have the plugin name out to the right side of the view, so that everything is one line but the plugin name isn’t the first thing you see when you scan it. Something like 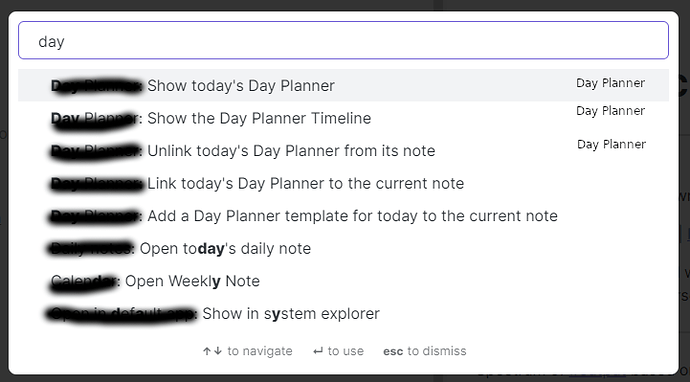 When scanning I basically move my eyes to the colon and start there, as if it were a column in a table.

Whereas if they alternate along the vertical I have to mentally filter out every other line which is harder for me to do.

Plus the first version takes up so much more space that there’s less that can fit somewhere I can actually scan.

It works well if hotkey commands don’t show at the right end. In some cases they do. We will provide more flexibility to change it via CSS so you can either put it at top, bottom, or right.