there can be 2 kinds of anomalies in terms of the position of the Chinese character selection bar:

The exact bug happens with mac built-in Chinese input source. The screenshots are omitted due to the upload restriction.

We have know problems with the Sougou system. But the mac built in should work, can you post screenshots with it?

what’s your installer version? Are you using a custom css or third party plugins? 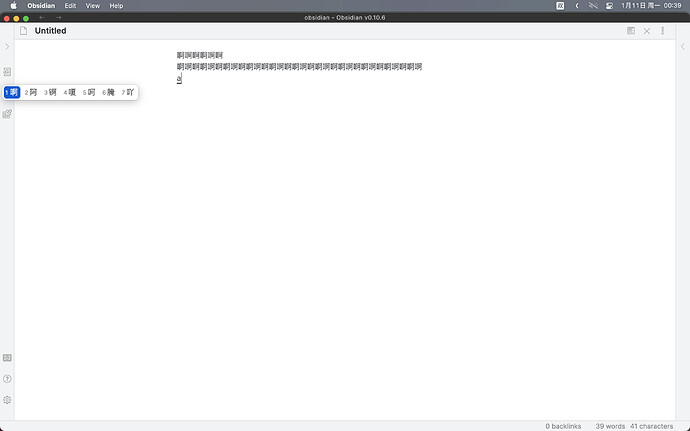 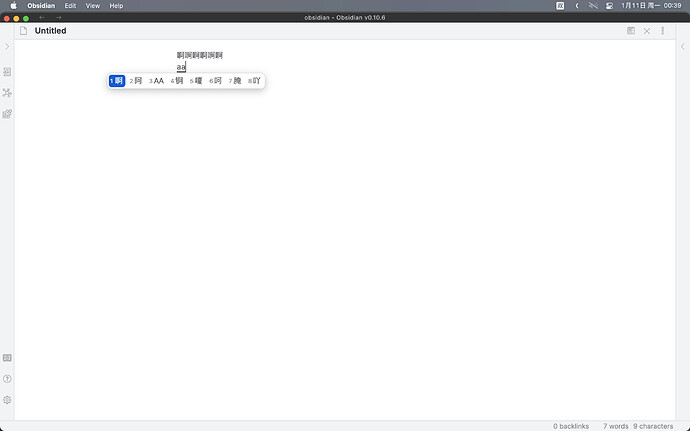 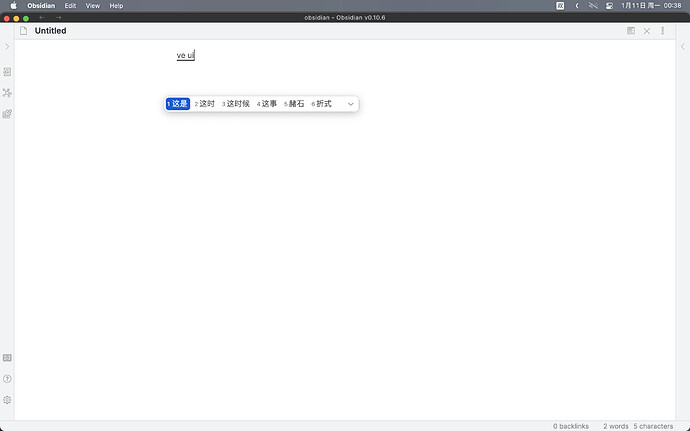 The issues with the mac built-in are the same with those of Sougou. Actually I haven’t found other issues with Sougou.

the installer version is v0.10.6 (I’ve re-installed the app, and before that it was v0.10.1 and the bug was the same). I’ve disabled custom css or third party plugins.

Actually I’ve found the pattern after a line break : the longer the line is, the more dramatic the moving of selection bar would be at the start of the next line. But within a line, it still happens the moving of the bar, but it’s more erratic and subtle, and I couldn’t find a pattern.

I’ve tried yet another input method (rime/squirrel) and the bug is also replicated. I can confirm this bug is common to all Chinese input methods. 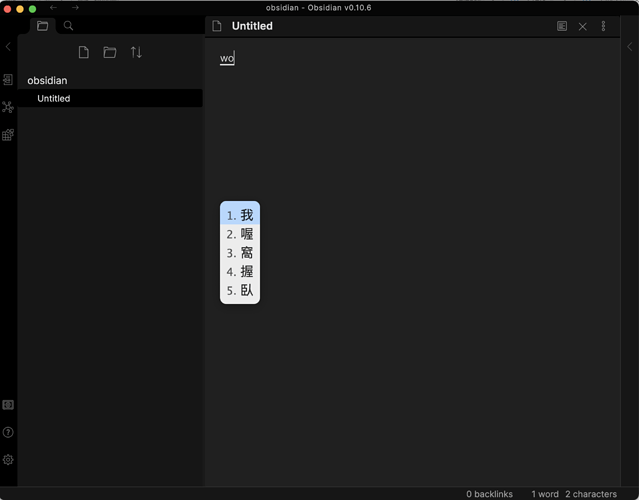 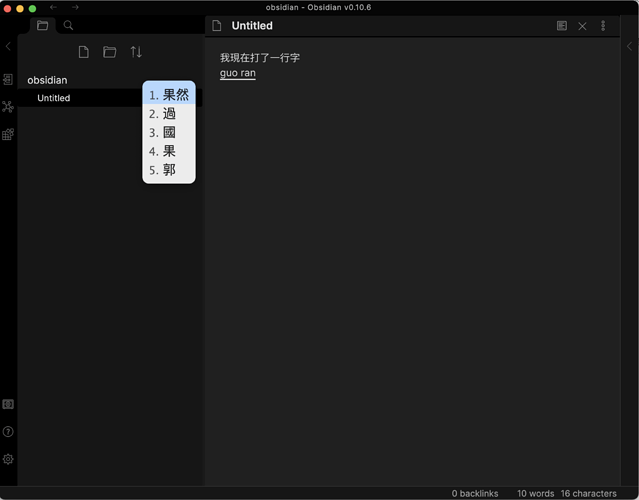 Other electron apps (eg. vscode, typora) and all the mac based apps behave normal in this regard.

The phenomenon of selection bar jumping around also happens on the codemirror webpage. Seems that it’s a bug of codemirror.

I‘d like to give my 2 cents on this issue.

Hope this is helpful for locating the problem.

And this lag can also be reproduced with the MacOS build-in Pinyin input method.

I did a few more tests on this issue:
the lag only happens when I cancel/interrupt the current input (e.g by pressing ESC).

In case I finish the input, everything goes fine.

This lag does not happen in the other applications, such as the build-in Memo, so I suppose this may be an Obsidian-specific issue.