Examples of markdown and subsequent rendering captured over these two screengrabs: 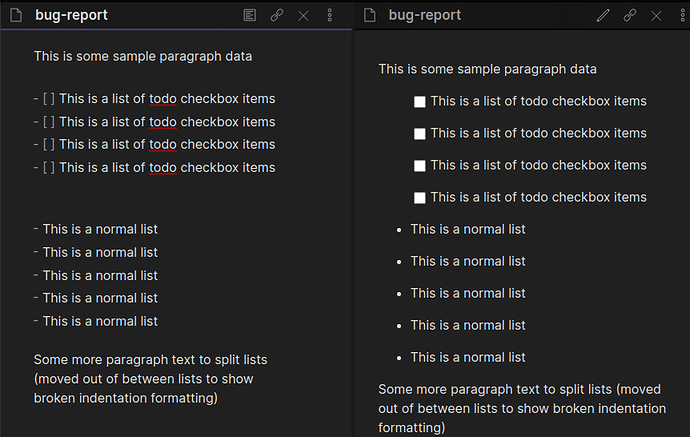 Note the difference is that the text splitting the lists was moved below the final list, resulting in the broken formatting. 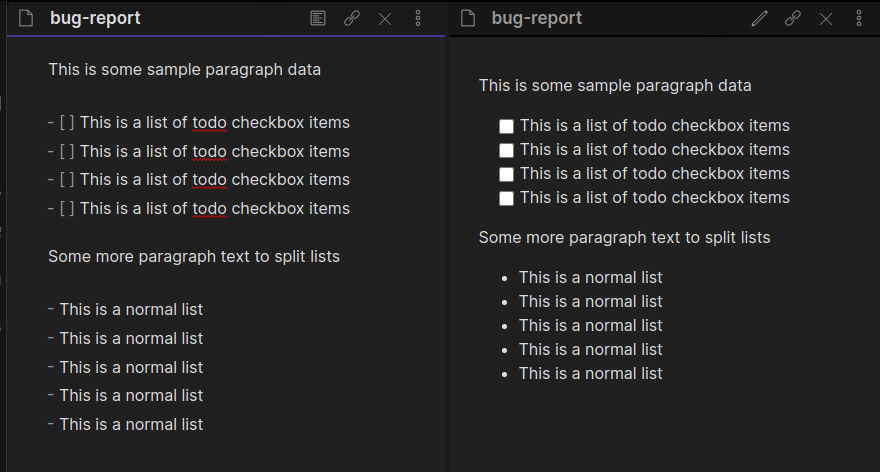 This might be a more general Markdown rendering problem. Using your example in Ghostwriter, for instance, also renders “badly” (by double-spacing the last list items): 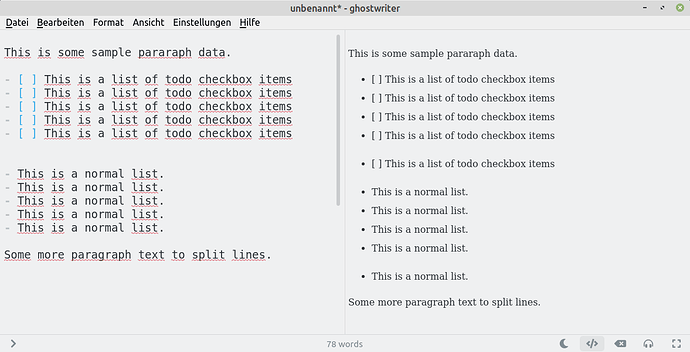 This might be the case because Markdown knows about “close” and “spaced” list items (i.e., with a blank line in between).

In your bad example, you can prevent the bug by leaving an (otherwise invisible) HTML comment line between the two lists:

This will correct the displayed lists: 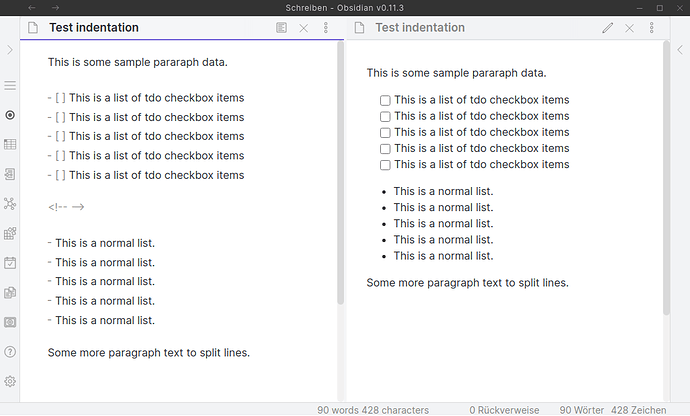 (Unfortunately, it will also render the --> part of the HTML comment as a right arrow → in edit mode. Sigh.)

But i surely have to remember they’re called loose lists.

Thanks - should probably been more clear of my concern here…

The issue wasn’t so much the way that it renders with the double line spacing - I understand the spacing when you leave a gap between the two lists.

The issue is that the first checkbox list has extra indentation compared with the other example. If you look the checkbox list is indented as if it were a second level list.

I am very sorry, but I honestly think that these loose lists here are not what a user wants. He most obviously wanted to end one list and start another. I have no idea why it is treated as something else and I am willing to try to understand it by inhaling the fumes of burning Markdown manual. I believe that it is quite clear that I am upset with this behavior (although I appreciate you coming in every topic about them and naming the enemy).

You are not the only one who dislikes them, but it is part of the spec.