App to use Obsidian on Ipad OS

I have tried both the IA writer and 1Writer. They both only sync with dropbox and icloud.
All my notes are in onedrive.

On my android device i use Syncthing( it is a folder sync app) that syncs my slipbox on my phone. I use markon to access and write in those files.

I am yet to find a workaround for Ipad IOS or ios in general.

Any help would be appreciated as ipad is slowly turning out to be the primary device for my knowledge related work.

Indeed. These are not solutions for OneDrive users.
Not soo much known solutions (as I see the market) which tackle this one.

I thought having found a solutions in iOS “Files”, but I can tell it isn’t. Most Apps are not even made for “Files” as they use the API’s of the individual providers.

Will try to look with you for iOS solutions, as Apple is my only way of working

Yes, I am not aware of any iOS+OneDrive solutions either.

If one comes up, please post to this thread https://forum.obsidian.md/t/how-do-i-work-with-obsidian-on-mobile/471

This isn’t an elegant solution, but it may be an option if you’ve had enough to drink and storing your documents in OneDrive is negotiable…

That will give you relatively simple and safe synchronized access to your data between all three ecosystems.

If using OneDrive is an absolute there are utilities for keeping local folders synchronized, which could be used between OneDrive and iCloud for Windows, but that’s a lot of moving parts.

Good thinking.
You’ll have to pay for two Cloud providers though.
I have the 2TB plan on OneDrive.
I specifically choose that one a few years ago top achieve no total dependance on the Apple ecosystem of which I am a huge fan.
The integration with O365 (and Office) is far better with OneDrive than iCloud to be honest.
The mobile integrations I use from Apple device to OneDrive are great too (photo synchronisation) which suffice (for me).
So in short: the proposed solution will not solve an Office/Obsidian based workflow, which I suppose is pretty common for a lot of people.
We’ll have to keep searching for good iOS-MarkDown editors able to use OneDriv

You’ll have to pay for two Cloud providers though.

You don’t necessarily need to pay for two providers. Since @phantomsim mentioned having an iPad we can probably assume they’ve got an iCloud account, and they’re already storing their documents on a OneDrive account. The free tiers of both accounts each provide for 5GB of storage each, which may be more than enough to satisfy OP’s needs, and in the event that it isn’t, only the iCloud account would need to be upgraded. I believe the USD cost for 50GB of iCloud storage is $0.99 monthly.

Obviously if something like Office365 is a requirement that changes things, but it wasn’t mentioned in the original post so I hadn’t considered it.

There are still further alternatives. Let’s assume the Windows machine running OneDrive is connected to the internet 24/7 and has a static IP address assigned via something like DuckDNS.

So i ended up downloading this old MS software that syncs two folders on the same system. Now i am syncing my slipbox( in one drive ) to the icloud one. So far windows to android and one drive to ios seems to working. Bit of a workaround but your method worked.

So i ended up downloading this old MS software that syncs two folders on the same system. Now i am syncing my slipbox( in one drive ) to the icloud one. So far windows to android and one drive to ios seems to working. Bit of a workaround but your method worked. 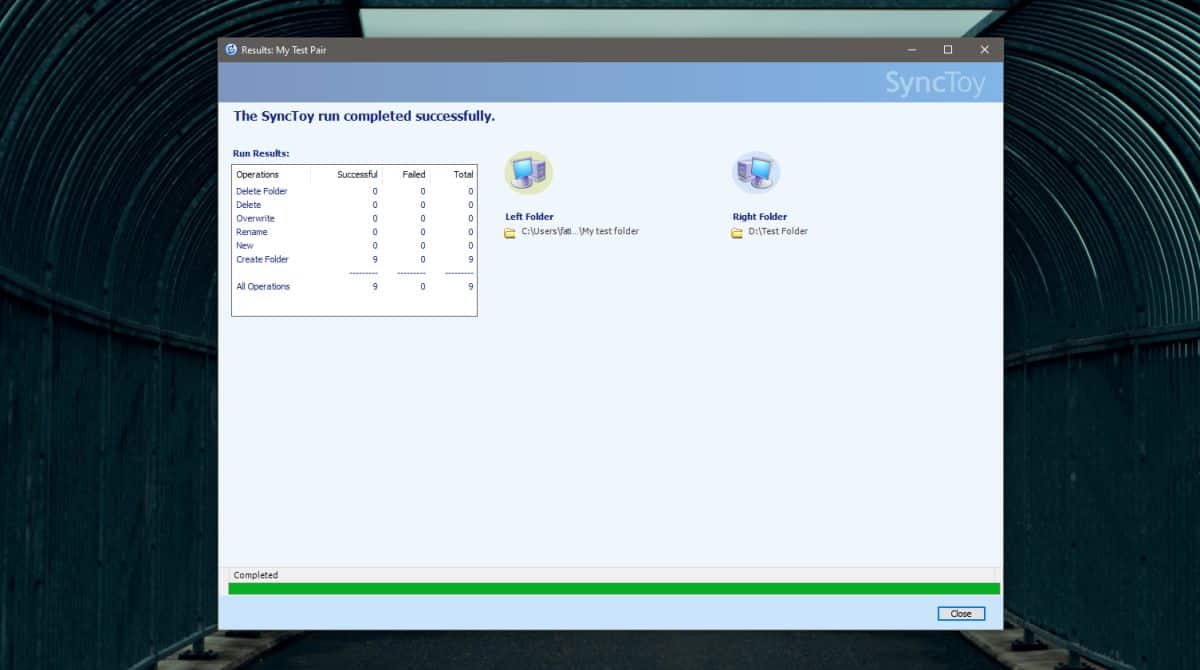 How to sync two folders on a Windows 10 PC

Folder syncing solutions aren't just for backing up files to a cloud drive, or to a different system. There are also solutions for syncing folders between

Looks like you’ve got the syncing sorted, are you looking for a recommendation for writing?

The issue I find with many Markdown authoring apps is that there’s very little they can offer that adds any real value over any other Markdown authoring app. The more features they pack in, the more likely they are to start inventing new markup that breaks the portability of your documents, and the more likely they are to not quite meet your needs. It’s very easy to lose sight of the fact that the point of Markdown is that it’s legible in a plain ol’ ordinary text editor.

So far I greatly admire the developers of Obsidian for making it a priority to not redefine or create new markup for the sake of adding niche features to Obsidian. The Obsidian link style is pragmatic, but not required.

Day to day, I tend not to use any fancy piece of software at all, I just SSH into my home server and fire up a console text editor, or more often several at once. Since I do most of my writing on my iPad my most used tool is Blink, a terminal with SSH and Mosh clients baked in. For publishing I use a Bash script, cleverly named publi.sh, which utilizes pandoc to convert entire directory structures into websites. With this setup I can create and publish new notes with a simple iOS shortcut, or by talking to Siri while I’m doing something else entirely.

At home I really do enjoy using Obsidian, but it’s still not as flexible as my current setup. Once the export to standard Markdown feature is available I can see myself using it more, since then my publi.sh script will be able to handle Obsidian vaults without reinventing the wheel. In the future, a mobile app would be great, and the ability to run Obsidian as a web application, such as VS Code Server, would be killer.

Over the past few years I have started to use iPad as a primary device and so I am keen for an Obsidian iPadOS app. In the meantime I made my Obsidian vault to BE the iA Writer folder on iCloud.

I found a very simple markdown editor for ipad that can sync with onedrive. It doesn’t recognize links apparently, but if you can live without that you can use it to edit your Obsidian notes from onedrive. It is called blockquote. It is free, and have a cheap upgrade without subscription, for better markdown keyboard and such.

So far I greatly admire the developers of Obsidian for making it a priority to not redefine or create new markup for the sake of adding niche features to Obsidian. The Obsidian link style is pragmatic, but not required.

Thank you for that advice. I tested it and then invested the upgrade.
It works fine with my Strato Hidrive and the icloud.
That is worth using it until Obsidian gets a solution to file in clouds.
Would be a great advantage.