When I type two consequential New Lines(Shift+Enter) in a nested paragraph, the font of the new line changes to Monospace which is set in “Option-Appearance” and the paragraph nest shows wired.

Yeah I can reproduce.

But I think that is just how Markdown works. Maybe this is still a bug in how Preview mode shows “First Line” and “Second Line” to you. But “Third Line” is correct.

If you want to nest “First Line” and “Second Line”, you’ll need to use bullets to make a list, or see the link below for hacks.

“Third Line” is monospace because you are invoking a code block. And the first two don’t become a code block, because since they are not separated by a blank line, they are assumed to just be part of that previous block. If you render it in Reading mode, you’ll see the indentation of “First” and “Second” disappear. Which is how Markdown works.

But “Third Line” is separate, so it uses the indentation to begin a code block. 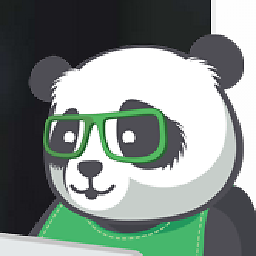 How to indent a few lines in Markdown markup?

Furthermore, I don’t think Shift-Enter does anything different than Enter. It’s not like a word processor. A new “paragraph” is created when you have a blank line between blocks.

Some more context and requests about that:

Current behaviour is Enter= new line Shift-Enter= new line Enter, Enter= new paragraph This is the case in both Legacy Editor and Live Preview. Markdown itself makes no reference to keystrokes. It was simply an old convention that markdown editors would allocate Enter to new line. Most don’t allocate Shift-Enter. Presumably this comesz from old text editor conventions. Word processors have Enter=new paragraph and Shift-Enter=new line. Typora, MarkText, roam etc also have this. The featur…

Thanks very much.
For those who have a similar question as me, I have read the markdown page and find the right way to solve the nesting problem in a list: 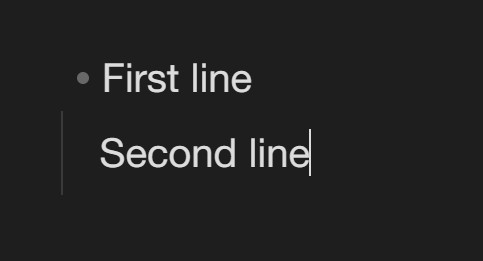