This is a great idea — drawing concept maps where each “card” or node is a note in the obsidian vault.

I posted a request similar to this one:

Developing ideas by working with notes on a canvas

Not sure if this adds anything useful to the conversation, but one idea I played with (and am still considering) for the Kanban plugin is doing something like this to store arbitrary data:

Fair enough, and I think in your example that makes a lot of sense (especially since each note clearly represents a unique Kanban). But for Juggl, those would be like 500kb json files, that are only going to be interpretable by Juggl. I’m not really comfortable appending those to user files I think.

This is something Emile and I are considering already.

Are you and @Emile still considering something like this?

This looks similar to Argdown or flowchart.fun 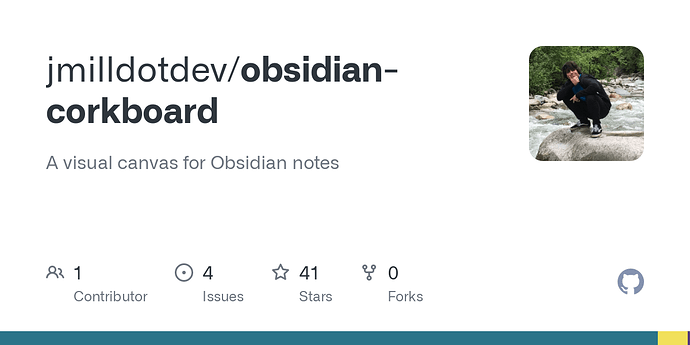 2 Likes
Can you have an infinite canvas like onenote, where you can use the tablet to draw pictures and write on the canvas?
Ardid February 23, 2022, 6:50pm #31