Navigate to the main website and view the Download button for the version number. I’m on linux so it shows the AppImage link by default if that matters. 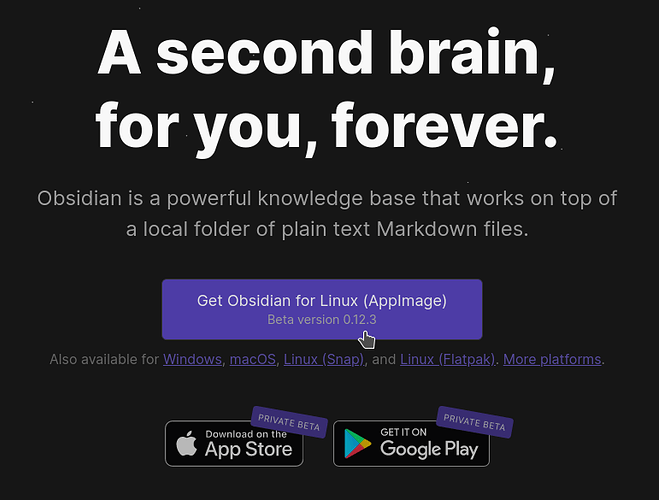 I personally don’t want to use the beta track of this application right now. I would not expect the main download link to ever show the beta track. I did see the release announcement that 0.12.3 is fully released so I assume it’s on the stable track now but the link still lists it as beta causing confusion.

Obsidian as a whole is still in beta. There is no stable track.
The insider build is just a development release.

Some additional information about semantic versioning:

It is not about what is publicly released, but rather about how likely (and fast) things can change. As whitenoise mentioned, the app is still under development.