Absence of the ability to link to Obsidian notes from externally is a fatal flaw. It is beyond nonsensical to not have this feature.

This is a stunning application - but it is incredibly non-functional without this ability.

a fatal flaw. It is beyond nonsensical

Please be patient and polite, and add your vote. (edit: I mistakenly thought votes were only by likes.)

The app is currently at version 0.8.4, and is under heavy development. The devs are doing a remarkable job of incorporating user feedback.

A basic question. Will it be supported on Windows OS?

URL schemes tend to be universal, so I would assume.

Apple’s documentation was just the first I found. Here’s the reference for Windows, I think: http://msdn.microsoft.com/en-us/library/aa767914.aspx

The app is currently at version 0.8.4, and is under heavy development. The devs are doing a remarkable job of incorporating user feedback.

A reply from the devs would be enormously appreciated - particularly since the interest in this thread has been overwhelming.

If the reply were as simple as “got it - it’s on the list” that would end the discussion.

to this feature request

One more updoot, this is a pretty significant feature for me since it allows me to cross-link notes to other applications. Ideally knowing the note title would be sufficient, rather than needing to store/know UUIDs referring to each note. I imagine that should be okay, since each filename occurs only once within a vault?

If not filename, then filepaths. Not UUID, I would hope!

My vote for this feature too. It’s one of the obvious missing links in my current workflow.

One question though: if Obsidian’s URL Scheme relies on file name or file path instead of UUIDs, would the URLs be consistent across multiple (desktop and mobile) OSes?

I can think of two examples: DEVONthink and Drafts. Both has extensive support for URL Schemes relying on UUIDs and the URLs are consistent across macOS and iOS. When I copy the URL of a file, e.g. x-devonthink-item://FB10A963-7A9D-4B70-BC1C-9A0E28A62DCC and paste it into an Obsidian document, this URL always takes me to the same file whether I’m on macOS or iOS.

Because both DT and Drafts rely on UUIDs, I was under the impression that apps have to rely on them to generate URLs that work consistently across multiple OSes.

I think you are probably right. Also, a UUID would not rely on the note name. If you used a note name as a url, and renamed the note, the external link could break.

But would having a UUID rely too much on Obsidian’s database, and go against the philosophy of owning your data? If you had all your Markdown data, and rebuilt your vault, would all those UUIDs be lost and links broken?

Having natural note names as urls would mean you could write them by hand, or generate them by script, which would be great. Could there be multiple access points? UUID or note name?

I imagine there would be a lot of design considerations to implement this well.

Could there be multiple access points? UUID or note name?

Speaking as a user that knows little about development decisions, I think this may be a good solution. I personally wouldn’t mind using UUIDs accessible only within Obsidian’s database (as opposed to owning your data locally), but for those who wish to adhere to the original philosophy, they can always generate the URLs with file names / file paths.

1Writer does not use a UUID in its URL scheme and seems to work fine, but it’s iOS exclusive. I never considered the different OS issue. hmm.

Linking to files from other applications via obsidian://... would be ideal for integrating with other apps!

Things 3 has a custom URL scheme which is very powerful. Many functionalities apply to Obsidian and are relevant to a number users, but I would argue basic file linking and file creation would already help many users as expressed throughout this thread.

1Writer does not use a URL scheme and seems to work fine, but it’s iOS exclusive. I never considered the different OS issue. hmm.

Really? Maybe not to read/write Markdown natively, but… 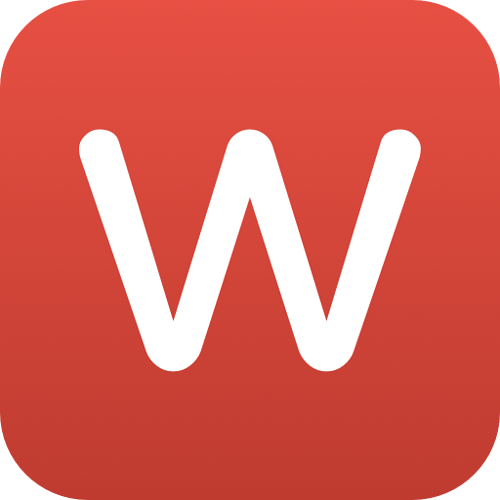 I mistyped, sorry. Should’ve been “1Writer does not use a UUID in its URL scheme and it works fine.”

I use 1Writer’s URL schemes regularly.

I kinda knew what u meant…

FWIW:
I link to iA Writer from my Jekyll site (generated from an Obsidian Vault) for any internal links that haven’t been created yet:
(separated out line by line for easier reading here)

This is what iAWriter supports. It works across macOS, iOS and iPadOS. Documented here:

No need for human-unfriendly UUIDs.

This will be implemented in an upcoming release.