The Fall of Roam...and how to avoid the same in Obsidian

What do you think about this article? The Fall of Roam - Superorganizers - Every
How can we avoid the same in Obsidian and resurface old notes in an useful manner?

@Dangal Thanks for sharing this! I tend to agree with the author that while the flexibility of using code to structure our notes makes it all tick, I also agree that some straightforward non-customizable options could save the day (at least for some struggling idea developers like myself). I am only speaking from my own Obsidian experience, and my case may be very unique, but it also may represent a variation of the lost feeling that may occur for others as well.

What I mean is I can relate to what the author said about struggling with where to put things, but it seems like a preferable situation in comparison to ‘how do I find and reassemble all my failed and restarted vaults?’ It is in the creation of too many vaults where I see real issues and demoralization for people now and in the future. By creating a vault and developing it a bit and then deciding you don’t like your system and starting over, you can easily make the mistake of not noticing that there may be some notes that you didn’t copy over to the new vault, and maybe that was for good reason at the time. Perhaps you had to decide how you were going to make it fit with the new system but just never got to it. Down the line, you may be in for a world of pain.

What I am speaking of is the process of combining vaults and searching for all the newest pieces and only including non duplicates. Anyways, I have gone off on a tangent with my example, and my work is mainly project related, but I think it applies to what the author mentioned about automation. I am happy to still be here and not to have given up when I was at my most lost and tangled point, but some others may not be as persistent as I was, or their information at hand may not be as important. In those cases, I could see the friction of having to put the pieces back together as being strong enough to pull some away, or push them towards something else.

If there were little features, like File Recovery Plugin, that just work, and save the day for some of the stuck corners that many of us, at times, find ourselves in, Obsidian will keep even more loyal and happy creators. Honestly, I believe Obsidian has all it needs, but am still very excited about things like auto updating headings, and the like, but the article got me thinking in a more perfect world scenario, and this is what I came up with. Wasn’t planning to write so much.

Thanks for sharing the article! And thanks for your proactive concern for Obsidian, in opening up this conversation here.

From experience, resurfaceability increases in real-time when you combine the process of input with output. For example, when we learn about anything in the world, it is in the form of five sense data. If we see something, the brain processes it, recognises it, then fits it into a framework that triggers a concept. It might trigger “apple”. 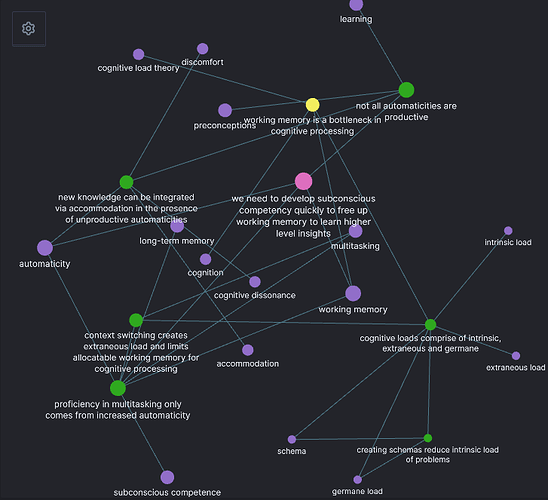 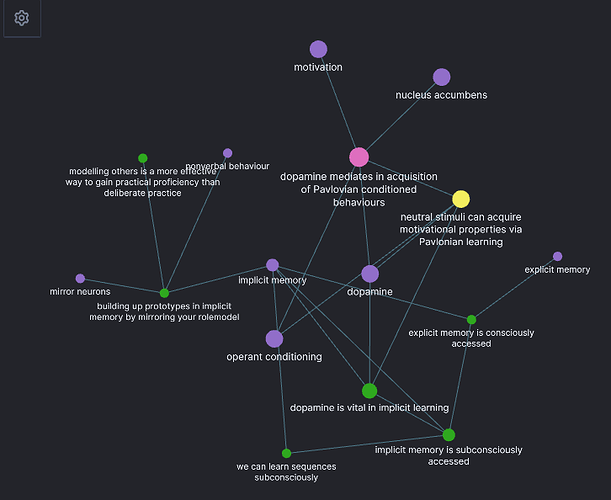 I hope to start a revolution with the local graph view. It is severely underestimated, probably because a lot of people come from outliners and are used to text representation over seeing things displayed in a non-linear form. The “graph analysis” plugin is awesome because it shows more than 1 degree deep, but it’s a different ‘muscle’ to exercise which takes some time to get used to.

I made a short video here: How To Use Local Graph View In Obsidian - YouTube showing how I currently do this in realtime (currently, because it’s a work-in-progress and I find new ways to improve the workflow as I use it).

First-degree associations? Too primitive. No wonder old links get lost… It’s almost like we’re halving our natural ability to output as we input (memories get triggered whenever we make an input), just to mechanically focus on one single phase of input versus output at any one time.

If you want to give it a try, welcome to the graph gang. When more people come onboard, demand arises; when demand arises, there will probably be more innovation into this area. Of course there are some things that must change as you shift towards heavy-graph-usage:

What do you think about this article?

I think it’s a pile of rubbish.

The zettelkasten idea was invoked to sell the value of Roam.
But what virtually no-one ever pointed out was that Luhmann actually produced very few notes, averaging it out on a daily basis, despite working in academia.

What he did do, was to take home a bag of knowledge mud every day, mould bricks with them and consider carefully how each brick related to his previous bricks. It was a high input process with a low output by volume.

But he did it most days over a very long time.
And the magic thing about his bricks is that the mud itself was carefully selected and each brick carefully moulded for both utility and appearance, so that the same brick could be used many times.

Many Roam users considered themselves highly productive because of the number of notes they were producing. And Roam’s design seemed to facilitate such high production, so it wouldn’t be surprising if many users end up with a pile of garbage.

But I don’t see that as Roam’s fault.
And, yes, there are probably many Obsidian users on the same path.
And OneNote users, Evernote users, Notion users & etc etc

Roam may have fallen, be falling or burning down. Or not. But I think that article is about something else. It’s about believing you have bought some magic pills but finding there was no magic. Or maybe just hair envy.
That works for shampoo companies.

Taking piles of notes and linking everything together does not, at the end, set one free. Many apps sell themselves with the subliminal message that compulsive note taking will induce genius. Just isn’t true. Results in disappointment. Nothing replaces the hard work of persistent study, research, and reflection.

I think the solution is to have link-types - Eg. if the idea expressed in one atomic note supports or refutes that in another note, or whether one note implies the another note etc.
Basically, make it precise why a link has been made in the first place.
I think the point of backlinks was to open a note about a topic and look at its backlinks and see how the idea in that note was used in other notes. But there could be several reasons why a note has been linked. One note might be against that idea another might have linked it in a context that supports that idea.
So just looking at the backlinks doesn’t immediately make it clear how the note has been used.

Now I’m curios: Do you happen to know the rate at which he produced notes? Even approximately?

You can work it out. We know when he started both phases of notes and how many notes there are in total. We know how many years he worked. I think I posted the number somewhere. Also worth remembering how short his notes were usually. 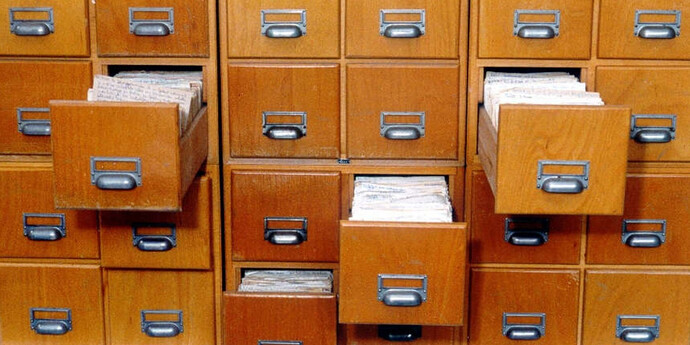 What is a Zettelkasten? An intro to the note-taking system of Niklas Luhmann (strategy + tactics) including higlights from "How to Take Smart Notes."

But many notes were very short:

Though some are longer:

28.10f17l2a does - the test subject does not confuse the objects, rather he wants to move on to something else - still functional identity (which Dembo sees too closely, of course). Rather, it depends on the dynamic overall constellation of the field and the state of the person.

28.10f17l4 The theory of replacement solutions, the Dembo, pp. 40ff. developed, is only intended in the event of difficulties in achieving a goal, which can be remedied by changing the goal while maintaining the general scope of the field of action. The replacement can mean real (satisfactory) or fake (not fixing the tension of the situation, not actually replacing the goal) replacement. Dembo, pp. 50ff. (this problem is deliberately not exhaustive) from the point of view of replacement (28.10l5c4c1h). The replacement problem arises from a conflict that is determined by a strong tendency towards the goal and an escape from the goal (because of the difficulty) (p. 49). The explanations suffer from the fact that the concept of replacement

But they are brief notes (total word count of his notes isn’t huge) and he was a notorious workaholic. I doubt he had weekends in the modern sense - most people didn’t then.

This does bring up a good question: When do we blame a user’s workflow and when do we blame the tool itself? Does the user have a poor workflow, or at least one that doesn’t quite fit with the tool they’re using, or is it the tool that’s flawed?

I think the article is just more noise. Can’t you solve this problem by having some clear intention for the notes? It seems the author had no intention to publish from the notes. He was not spending time processing and crafting anything. He was just archiving. I think that is fine, but then why make the dramatic announcement about ditching Roam?

I feel compelled to add my thought about the author of the essay in the original post. He is the CEO of Every and, to me, strikes me as yet another in the cloud of content creators that live in the moment of likes, permalinks, followers, and subscribers. I’ll wager he made money today and caused more churn in the PKM space. Sorta typifies the term Nick Milo made last year in a YouTube video - “regurgitator”. But the article did motivate me to thoughtfully craft the earlier missive - so I reckon I derived signal from his noise:)