request for showing starred items in the file explorer pane : 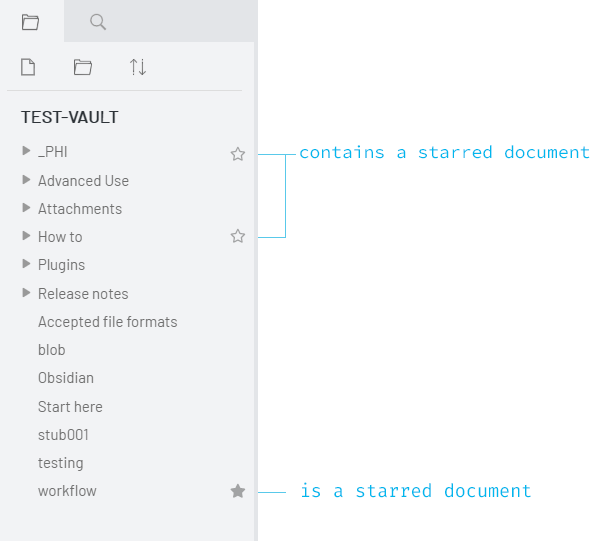 I was going to request some way to pin or star notes within a folder. But your variant with showing starred item in File Explorer is much better, since it’s using existing feature and requires only UI changes.

Couldn’t this be a feature request to enhance the core plugin Starred? And if that were to happen, mayhaps a UI gesture, i.e. right click, to star or unstar notes in the file explorer. Don’t know about any but else, but starred notes come and go in my vault.

Yes, it would be great if it was possible to star and unstar notes directly in file explorer. I believe something like Gmail would be nice: