With the official Plugin API now being a thing, it’s time to start migrating the existing Andy Matischak mode CSS into a togglable plugin with more power and options.

I now have a release of an initial implementation, ready for people to play around with. 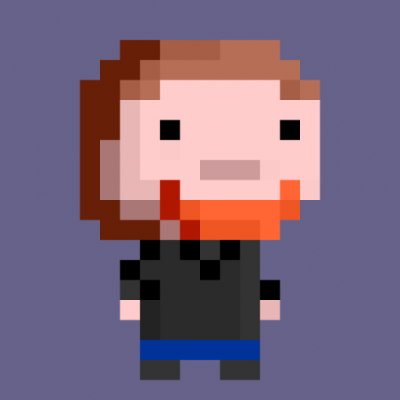 New Features (vs the CSS-only version) Note headers stack up on the right as well as the left. Changing active pane scrolls that pane into view. Togglable without having to copy CSS into your theme.

It works like the 2.7 version with headers on the side. The header width and pane width is configurable via the settings, and there is also a command to toggle it on and off (which you can configure a hotkey for).
Changing the active pane will scroll that pane into view. So now you can click on titles, or set up hotkeys to navigate between panes, and they will scroll into view.
I’ve also got the headers stacking up on the right as well as the left, so you can click on panes to the far right as well.

There’s still a lot of work to be done and more options to be added in the future. For now, it might be a bit funky with some themes that mess with headers (like Notation or Minimal) and will probably also have issues with themes that have Andy’s mode built into the CSS.

Really nice plugin @death.au. Thank you for making it.

@death.au I haven’t looked at the documentation for plugins much — is there a way you can inject a class at the top level that would allow me to detect that Andy Mode is on? I can use that to modify the parts of Minimal theme so that it is compatible.

Thanks, I’m playing around with this now. I much prefer the idea of feature sets being separated from styles and themes, allowing me to mix and match as desired.

Good idea! I actually am already doing that (body.plugin-sliding-panes) for other reasons, so you can use that.
I honestly haven’t looked to much into what the issues actually are as yet, and I want to play around with adding a hiding “spine” like publish, so I’m not sure you should put in a lot of work for this.

Wow, this is really cool, and so much easier than CSS, and more professional. Thank you for making this. Looking forward to your further options !

Small issue I noticed in testing — the autocomplete dropdown when linking to another entry is offset if you are not editing the leftmost pane.

Do we have to delete Andy’s CSS from obsidian.css?

@mafsi: FWIW, I did, just to make sure there would be no negative interference.

Thanks for the heads up. There’s bound to be a bunch of things like this I’ll have to look into and fix.

Do we have to delete Andy’s CSS from obsidian.css?

I haven’t properly tested, but I’d say so. If you don’t, it might still work fine (though you won’t be able to toggle it off)

Is there an “installation guide” for non-technical users?

To install a plugin, simply place the plugin files inside the folder MyVault/.obsidian/plugins/my-plugin/.

Source: Announcement on the #insider channel.

You need to create the plugins folder manually.

Actually I did, and then I copied the files into another folder I named “andy mode”. Obsidian either does not recognize it as a pluging or there is something else I need to do?..

oh - it needs to be turned on from 3rd party plugins

Got this working with the new version of Minimal

The rotated title CSS is buggy though.

This is what it looks like on Minimal and on Nord:

Thank you so much for this plugin! I’ve been thinking for a while that I should figure out how to get sliding panels into themes I like using but now I don’t have to! Working beautifully with Blue Topaz (just switched to that theme today).

I was also a little lost with the readme at first but got it working. One thing I forgot about was how to display hidden folders on MacOS to get to the .obsidian folder.

Small update to the plugin available now to fix issues with extra padding in sidebars:

Quick fix to prevent the plugin from affecting sidebars

I was also a little lost with the readme at first but got it working. One thing I forgot about was how to display hidden folders on MacOS to get to the .obsidian folder.

Yeah, the readme was unclear. I’ve hopefully made it a bit clearer for this release, but I haven’t accounted for the hidden dotfiles on mac yet. I should add that. Thanks for pointing it out

For those having issues with the Minimal theme, @kepano made some updates to make it work better with this plugin (thanks @kepano

Thanks to @death.au we now have a wonderful Sliding Panes (Andy Matushcak Mode) Plugin. Minimal Theme has been updated to make Sliding Panes a first class citizen. And it’s styled to fit in seamlessly with the rest of Minimal Theme. You can now easily toggle it on and off with a hotkey, as seen below: PS @idelem your issue has been fixed

Not specific to this plug-in: is there a way to update third party plug-ins from within Obsidian, or at least receive notifications that an update is available?