<- sequence in code block changes color of text in editor

I have a Go code block and go uses the <- sequence in code, which is translated to a left arrow. And this left arrow somehow seems to change the coloring of the text following it to yellow.

I don’t have any idea why this happens, nor how to avoid this. Does anybody have a good tip for me? 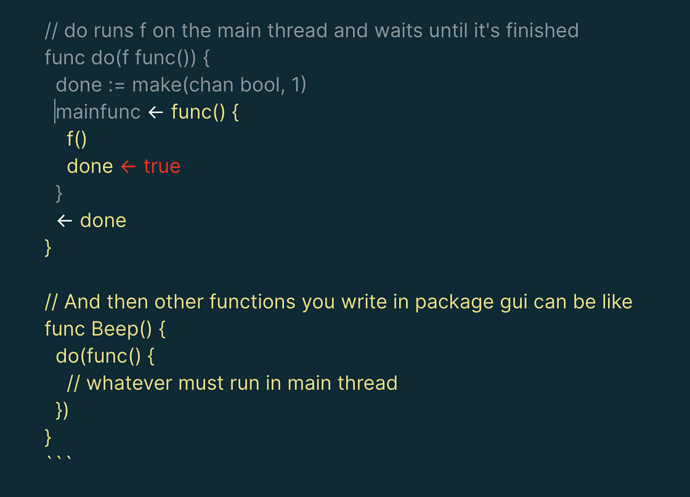 I believe this are the ligatures of your font. Have you tried with a different theme or font?

I’m not sure why this would change the syntax highlighting after it though.

Here is another example: 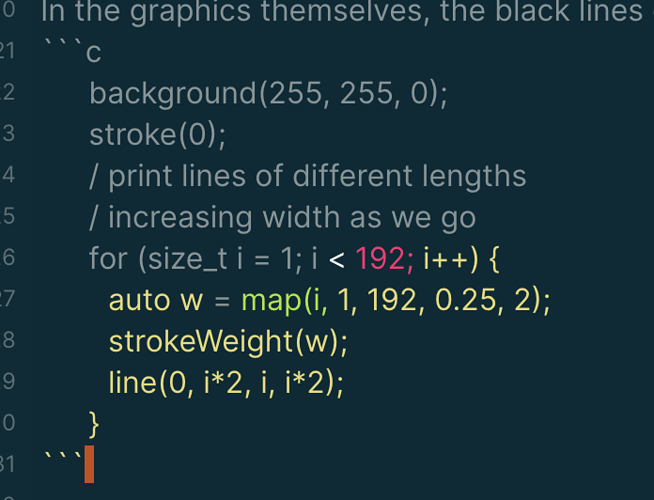 The remove the < char fixes the coloring. It looks like the < char is interpreted as some markup which doesn’t make sense in a code block.

How to change the font? I don’t find an option for this?