I select a densely-connected note with the Local Graph open on screen. 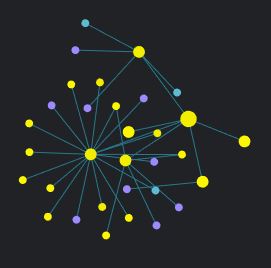 Ideally, you should be able to know which is your selected note just by looking at the graph.

When the graph Depth is greater than 1, the current note and its direct connections could be highlighted by default, as if you’re hovering the mouse over it (but without actually hovering over it). 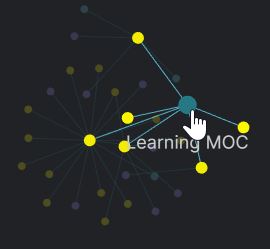 The selected note could simply be a different color on the graph. 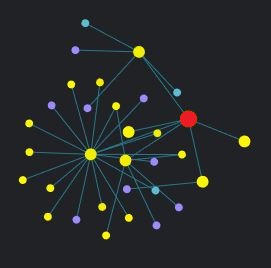 The first one looks better (I think).
The second one is simpler.

This is something I’d really like to see too.

I think the easiest way would be to add a css class to the current node so that this can be styled differently based on the theme (or using CSS snippets).

I agree, this feature would be very useful.

This feature would be very useful to review notes

In my post, I proposed to give the center node a different color by enhancing the Group filter. I think this proposal can be a good supplement for the 2nd solution you proposed.

I think we are asking for the same feature, may be the two feature requests can be merged into one, so that the attention can be focused and this feature may have a greater chance to be implemented.

What do you say?

I’d really appreciate a plugin that does that, maybe blurring or coloring the highlighted note

One workaround I found useful is increasing all the forces to 100%, it’s pretty clear what you have selected, although not perfect

A practical issue is that with a local graph looks like the following, it is almost not able to figure out where is the center node without scarifying the valid group filters, as mentioned in: Is it possible to give the center node in the local graph a different color?. 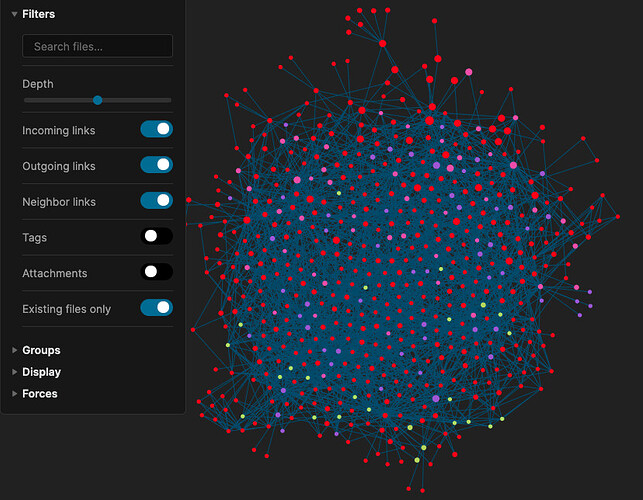 I made a test using the Group filter (which does not work): 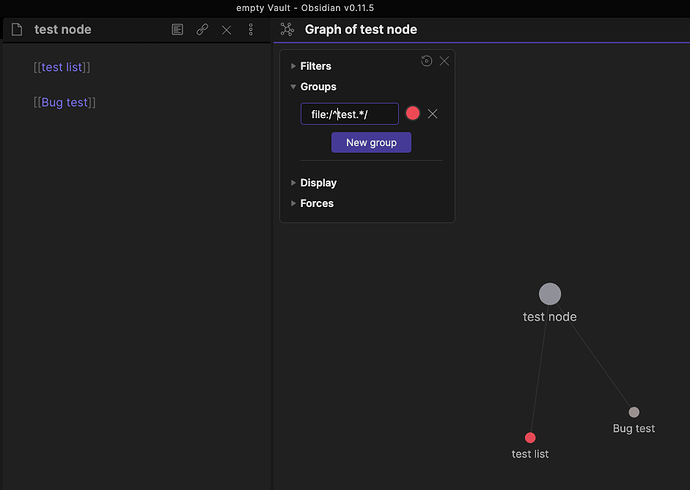 In the figure above, I’d like to put all of the nodes with the name starting with “test” into a group and give them a red color. However, as you can see, the center node of this local graph, i.e. the node of “test node” is not affected by the Group Filter.

There is currently no workaround, or it will be captured in Is it possible to give the center node in the local graph a different color?

FYI:
There is also a bug report related to this topic: Graph filters don't apply to current note in local graph - #7 by JonathanBuchh

+1 I would love this feature as well!

Just found a feature request that is the same:

Use case: I select a densely-connected note with the Local Graph open on screen. With Depth 1, I can see all nodes directly connected with it. With Depth 2, the graph can become so dense that I no longer know which is my current note on the graph, and I need to hover over the graph to find it. With Depth 3 or more, the task becomes even more difficult. Here’s an example (with Depth 2): [2020-12-07 21_30_36-Obsidian v0.9.17 - Main] Ideally, you should be able to know which is your selected …

Thank you for the information.

I’ve send the PO a message asking for merging the two feature requests.

There could be a special option for targeting the central node in the Groups query fields:

It might be worth merging and raising visibility with this issue, too: Global graph view: open with currently active note highlighted Yes, It states the “global” graph, but at the time of the request, the local graph didn’t exist.

Ultimately, it sounds like we all want the same thing: visibility of the active note in the graph view. A lot of the suggestions here would address all 3 requests. I love the idea of having a group query for the active note, but would settle for a CSS override if that were easier for devs to implement.

Recently, I’ve been thinking of this request with a geographic metaphor: think of each note as an address, the local graph is like a map of the city, and the global graph, well, a globe. It would be very useful to have that address marked on the local map and the globe. Who doesn’t love a “you are here” marker to orient themselves?

Compared to when the linked request was first made, there’s a number of features that make this request seem very close.

Hopefully, these requests together can get more visibility and make it happen.

This is also the function I want

I would love to use this too!

The selected note could simply be a different color on the graph.