Next update for BRAT -- Seeking feedback

Hey all, I have been thinking about the future of the BRAT plugin.

Since Obsidian changed the way it handles themes, I will need to make some updates. Here are a few thoughts I am contemplating and would appreciate feedback: 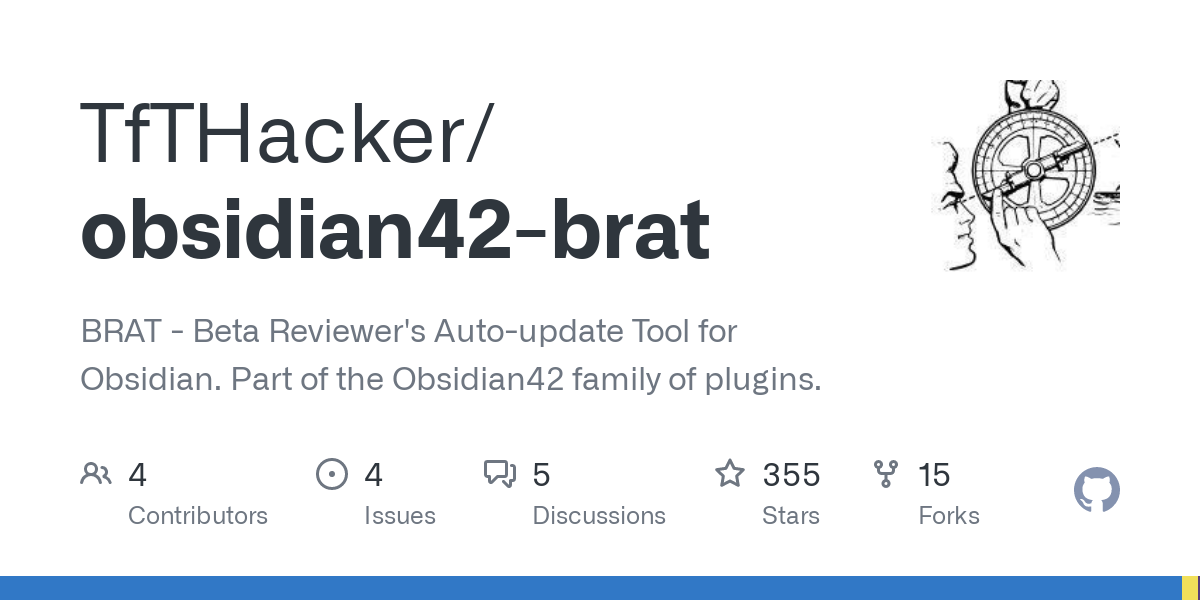 For dev: I am actually still using the manifest-beta in my workflow, but I have been thinking recently of dropping it as it is an additional step in my dev/release process that I don’t think is adding a huge amount of value. So I won’t complain if it is dropped

And am no longer using BRAT for themes. I now mostly use it to install yet-to be released plugins.

Thanks - it’s most handy indeed!

I don’t use BRAT for themes, but I do for “beta” plugins. What I appreciate about it is that BRAT “automagically” updates these plugins.

I’m using BRAT for both themes and plugins. Or I used to have themes… so I would actually like to have it the way it is (or whatever clever idea you come up with). What I really like is the automatic updates so I use it for all my plugins.

Mainly, I use BRAT for installing BETAs. I keep the theme quite stable. Didn’t use this feature, and unlikely to use it in the future. Sometimes I use BRAT to go to settings of plugins via command palette. That’s it, for now!

Another one only using it for beta, never themes.