Tag searching with a mix of words and emojis is pretty cool, but when I try to search for one, it is kind of tedious because I would have to recall the specific emoji if it precedes a my word of interest.

If I wanted to find this, I couldn’t search for it with with any part of the word: 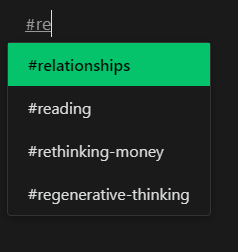 For this instance, however, I will admit I’m kind of lucky, in that I don’t have to go very far with the search results for this particular tag: 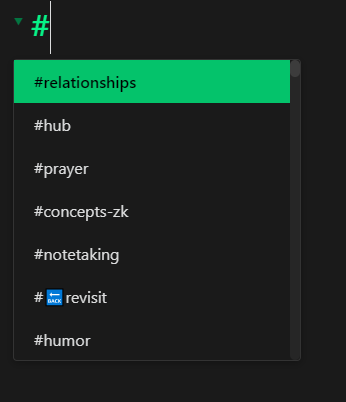 That being said, if I do more tags like this, I would appreciate not having to search for the emoji first, every time I’m looking for the key search term.

There’s probably a lexicon of terms that you have that speak to what I’m thinking about with respect to refining the search, but I hope this helps you get the gist. 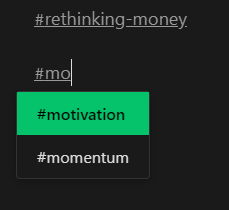 If the bug is still in bug reports it is considered active. No need to add “still present”.
Only warn us if it has been solved along the way.

Actually, I think this is more a feature request than a bug. I am gonna move it to feature reqeust and edit the title.

Yeah, I had it as a feature request initially, but no traction. Even shared on the discord: no response. Changed it to a bug yesterday. I am grateful for the title change, because I didn’t know what this problem really was referred to as, so thanks.

I have some tags that use hyphens to include more than one word - sometimes for extra context, sometime as “aliases” to group together similar tags under one general concept tag. It would be nice if when entering a tag, it would match any portion of the tag with what I have typed

I assume that some version of what already exists for the [[link]] autocompletion would be relatively easy to port to tags.

Thanks for the consideration!

I was porting a lot of stuff over from other notetaking systems and this limitation tripped me up a lot, since I use tags in a similar fashion

In the absence of nested tags, I use multi-word tags. Not having a fuzzy match on tag creation is a major pain.

@WhiteNoise I just noticed that this was implemented, however I was hoping for something even more fuzzy than what is currently offered. For example, say I have a tag #some/tag/hierarchy, ideally I’d like to see results returned if all I typed were #tagarchy. This is how systems such as OmniFocus behave, if you’re familiar with that tool.

Should I open a separate thread for this?

You are free to open a new feature request, I consider what you are asking too much fuzzy so much so that it might introduce spurious results.

Thanks, I’ll open a new thread! While I understand the apprehension, I find that as long as the ranking algorithm is good it’s usually very helpful (for example, auto-complete in editors like VSCode or the aforementioned OF example).