Does anyone know of a piece of code that serializes a vault in the shape of a graph? I guess the graph view must use something like that, but are there any known implementation?

(I don’t know. Just asking follow up.) Can you be more specific? What kind of end format serialization would be ideal for you? Assuming structured text, like json or xml? Or just whatever you can find?

Just wondering what your use case is. Is this related to the social network plugin?

Whatever I can find will do, but ideally I would use RDF or turtle.
Yes, this is an idea I am exploring with Obsidian Social

What is your take on the next features for Obsidian Social?

Hi Candide, I’m experimenting with a small vault serializer to RDF Turtle, but of course, is not documented at all 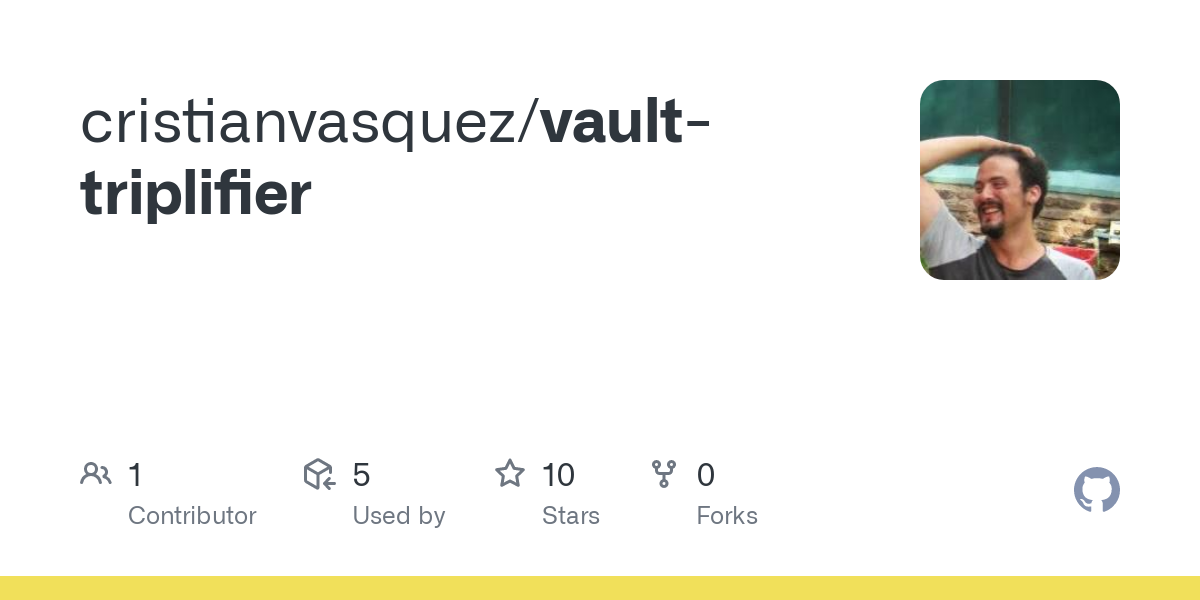 Contribute to cristianvasquez/vault-triplifier development by creating an account on GitHub.

How do you want to use the RDF produced?

I just read your article on bottom-up ontologies, and it sounds like we have very similar interests. I, too, have a feeling that ontologies should grow organically and should be used as a tool to discover commonalites with practice, instead of relying on so-called experts.

That said, I am still at the very early design phase of something I would like to experiment with using both the Social infrastructure that I build with my Obsidian Social plugin, and some notion of PKM data turned into some form of graph or triple database. Recently I got a hunch that starting from the Juggl API could be a good start. Just fyi, I will paste my introducing this idea on Juggl’s Discord.

And, since we share similar interests AND we both live in Brussels, what do you think of meeting IRL, one of these days?

Hi. I’m the author of the Obsidian Social plugin, aka Sekund. I just finished a certification on LinkedData and Solid at the University of Gent as I wanted to have a better understanding of the technologies powering the Semantic Web. Also, it’s a long time that I’m thinking of ways to combine PKMs, SemWeb and social networks. I already knew about Juggl, but now I can see how powerful it could become and IMHO, particularly so if it were combined with a social network.

Essentially what I’m thinking about is a way to augment a user’s graph with suggestions coming from their social network.

Just tinkering with ideas at this point, but here’s how it could work. There are two parts in the following scenario:

The way that publishing could be achieved would be to add a button in the Juggl toolbar (it would only be there if the user also has the Sekund plugin installed) that would trigger a popup that would connect to their Obsidian Social account and allow them to select users and/or groups with whom they are willing to share their activity.

From that point on, that particular graph’s data over time is automatically pushed to some Obsidian Social datastore so that authorized users can access it.

Subscribing would work in a similar way: an ad hoc button would be added to the Juggl toolbar, which would allow user B from our scenario to include updates coming from other users in their network to be included in any one of their graph.

This would allow to include specific updates coming from specific people in different parts of one’s PKM.

Something that still needs to be figured out is how to represent updates from User A in User B’s graph. Here I was thinking that some of the work that was done in the Graph Analysis plugin could be put to work: based on the semantic proximity of two notes, but also looking at the semantic links between notes, it would be possible to indicate a potential match, which could be weighted in different ways, between any one of User B’s and User A’s notes.

I’ve just installed Sekund. I’m happy I could share an Obsidian note for the first time. This opens lots of possibilities!

I see RDF as a lingua Franca to share concepts and notes between people so that one can share and interact with the knowledge gardens of others. This is not only for Obsidian but for all the PKM tools, and not just for notes but for files, chats, etc.

I believe this needs to be very simple, just using the basic mechanisms the Web offer to us. Links from my note to your note. On top of these graphs, people can build general-purpose applications for notifications, queries, etc.

Let’s meet in Brussels one of these days. I recently talked in Brussels with a Roam user that also wanted to connect Vaults !

Pd: I’m aware of @Emile 's glorious Juggl :), which explores graphs. This is a nice option to try.