I make all my plots in svg too.

This would be a great feature. I use svg as well as they provide unmatched quality in the pdf versions of my documents on-screen and in-print.
As I use obsidian for the draft versions and notes, I can imagine that a possible solution for obsidian would be an automatic conversion to .png and then placing it in the document. I think this would be a less technically challenging implementation then the way the svg’s are usually rendered in pdfs (though I am not too sure about this).

The ability to embed SVG is a must-have for me.
I would be super happy if the devs can enable this feature.

+1 for SVG support - it really is a must. A lot of vector-based web graphics are published in SVG these days, ranging from company logos through to charts, diagrams and infographics.

Is there any movement on this? I’m still very interested in this feature and wonder if there are technical reasons why it’s hard to implement, or if it’s just not a priority. To me, it would increase the usefulness of Obsidian by a lot.

it kinda works now - depends on the SVG 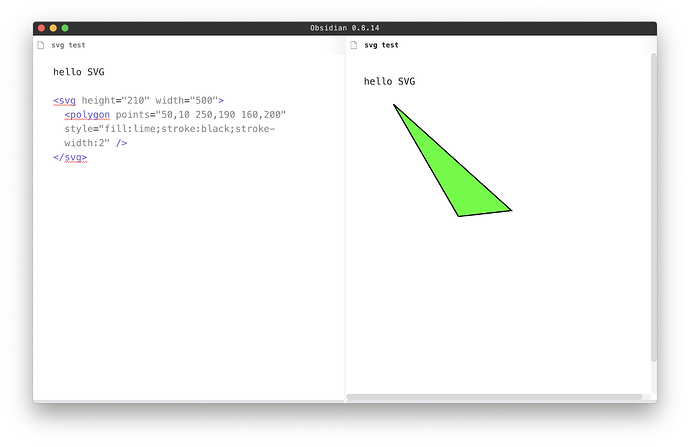 I see, I won’t copy paste the content of complex svg files into markdown directly, though. But what you show supports that the rendering engine can handle svg (why wouldn’t it if it’s Electron), so hopefully all that’s needed is treating linked svg files a bit more like images.

that’s how svg’s are currently “rendered” - not at all, just as an empty div. The only thing needed would be to put svg files into similar <img> tags as png files, I think. 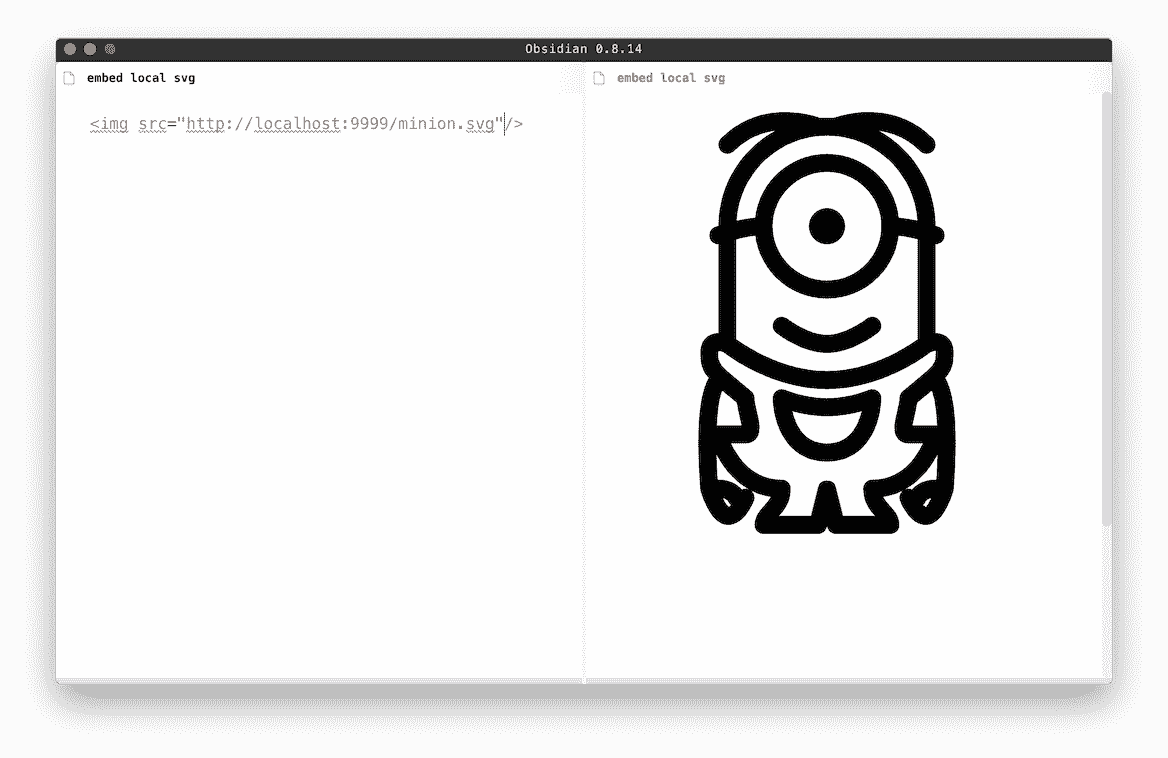 That would maybe work if I dumped all files into one attachment subdirectory, but I don’t do that to avoid having a huge unstructured pile of files later. I want my structure to make sense outside of Obsidian, too.

@jules the web server can point to the root level of your vault.

Setting up a local webserver just to show svg files is a bit overkill for me. Especially given that a real solution seems not very complicated. Also it wouldn’t work with the default embed syntax ![[image.svg]]. I would be interested to hear an opinion from one of the maintainers if this is just a low priority issue, or if it’s difficult to implement for some reason.
Maybe @Silver?

Ok, thanks for your input! Then I’ll wait.

This would be really useful. I use SVG as Clipart for my work and have them organised in folders that appear in my Vault. They are also referenced within documents within the Vault.

Unfortunately, since Obsidian doesn’t recognise the images, those folders appear blank except for the odd PNG (which I am converting to SVG where possible.)

Basically, it would be incredibly helpful if SVG were recognised as an image format, and were able to be embedded within documents.

will be implemented in a future release

awesome, thanks for adding the feature!