I removed and added my two main languages (German and English) to the Spellcheck, but there seems to be no way how to influence which one appears first in the spell checker suggestions.

Since German is my most used language, I’d like to have the German suggestions for a misspelled word as the first entries, because most of the time the first (German) suggestion is what I am looking for.
That would reduce the clicks to accept the new spelling.
Example: ‘Kompas’ (missing ‘s’): 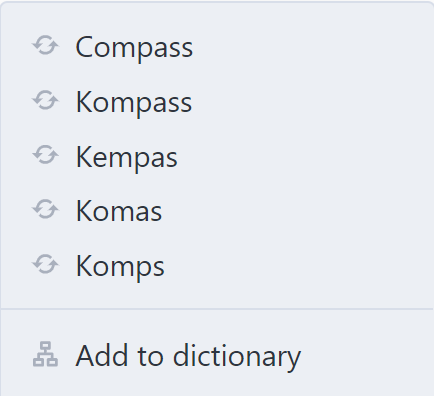 Is there any way how to make sure that the German suggestions are displayed first?