Is this not the mobile section? Sorry, thought I had…

Can you paste the URLs you’re trying to use here?

Screenshot of the iOS Shortcuts used and a short video; 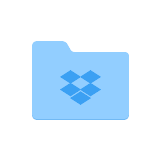 I can reproduce this.

A shortcut for testing:

This has changed in current insider build (1.0.4);

I have this problem as well.
Makes it very hard to automate note taking and article archiving with Shortcuts.

Current version (1.05) still have this issue.

Same issue here, I can reproduce this on version 1.0.5 of obsidian on the app store.

I have found the cause of this issue and I will start working on a patch once the next mobile version has been released.

I can confirm this. Seeing this as well.

I just made an iOS shortcut today and I’m seeing this issue too!

I am also seeing this issue.

I am also experiencing this issue. If the Obsidian app is already running, then using obsidian://open?vault=MyVault to switch to a different vault will appear to do nothing, and I’ll remain in my current vault, viewing my current note.

From now on, every time I tap the vault switcher icon, it does the same thing, giving me no opportunity to select a different vault via the switcher screen.

However, if I run a different shortcut URL such as obsidian://open?vault=MyVault2, the same thing will happen. I will seem to remain in vault 1, but as soon as I tap the vault switcher icon, it will very briefly flash the vault switcher screen and then take me to my last viewed note in MyVault2. It will then remain stuck on MyVault2 until I either kill the app or run yet another shortcut URL to force it to switch to another vault (and remain stuck there).

I’m a paid user of the Sync service and I love Obsidian. But an annoying bug prevents me from using it effectively on Android.

Expected:
– Opening a vault using a URI should switch to that vault, even if another vault is already open.

Seeing this issue on iPad as well.