I was hoping that when I rotated my iphone, that the codeblock would stay the same font size and just expand so I could see my tabs clearer, but it only increases the font size instead.

The issue is only on iOS, the behavior I expected works on Android though. 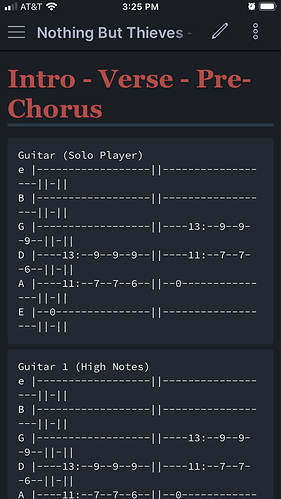 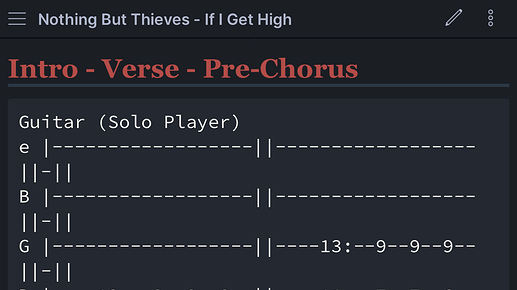 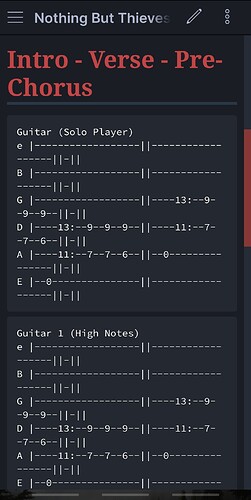 Does this also happen without custom CSS on iOS?

I’m not sure whether that’s an issue with Obsidian or with how the plugin renders the code block. It might be a flex box issue from Safari.

Yeah, it does the same thing with the default theme.

I hope it’s fixable, I was hoping I could use either phone to quickly glance at my tabs while playing.