Add separate button for vault settings, so that we can open vaults with one tap, not two

I switch vaults many times per day on iPad.

Every time I switch, the process is: 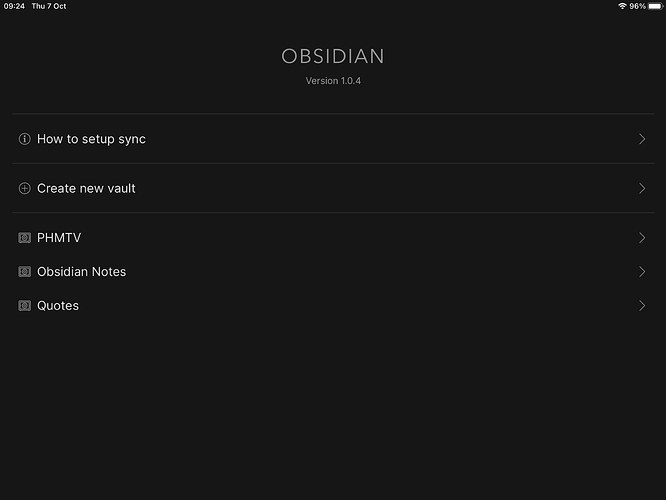 Currently at step (3) I am presented with three options:

It is extremely rare that I want to do operations (B) and (C).

I suggest you update the vault list to add a “Settings” button for each vault on the right hand side. If people tap the vault name, the vault can open immediately. In the rare cases where people want to do (B) or (C), they can tap the smaller “Settings” button. 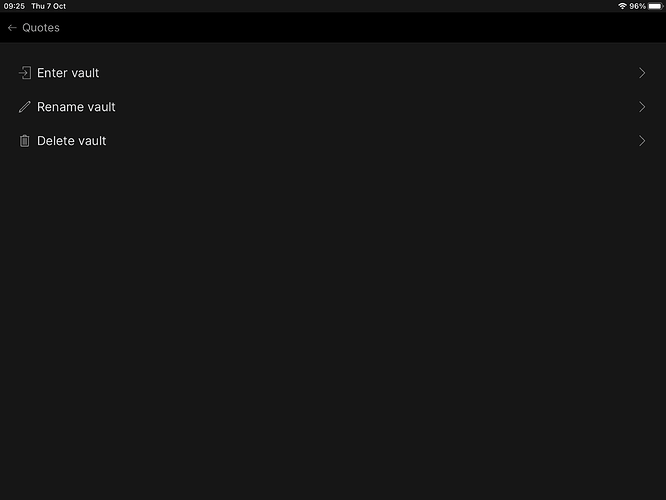 I’d like to second the notion that it takes too many clicks to switch vaults on mobile. This would be a simple improvement.

However, it’s possible to remove one more tap from the process by copying how Slack treats servers:

One other alternative would be to show a native iOS contextual menu when holding the Vault button down, with the vaults listed. This could be a good balance between being quick to implement and fast to use.

Yes, the Vaults menu prioritizes the actions that are used the least, and that Delete button worries me, too.

For the same reason, I think the “How to” and “new vault” buttons should go below the existing vaults. They’ll still be the first thing that new users see, but they’ll be out of the way for everyone else.